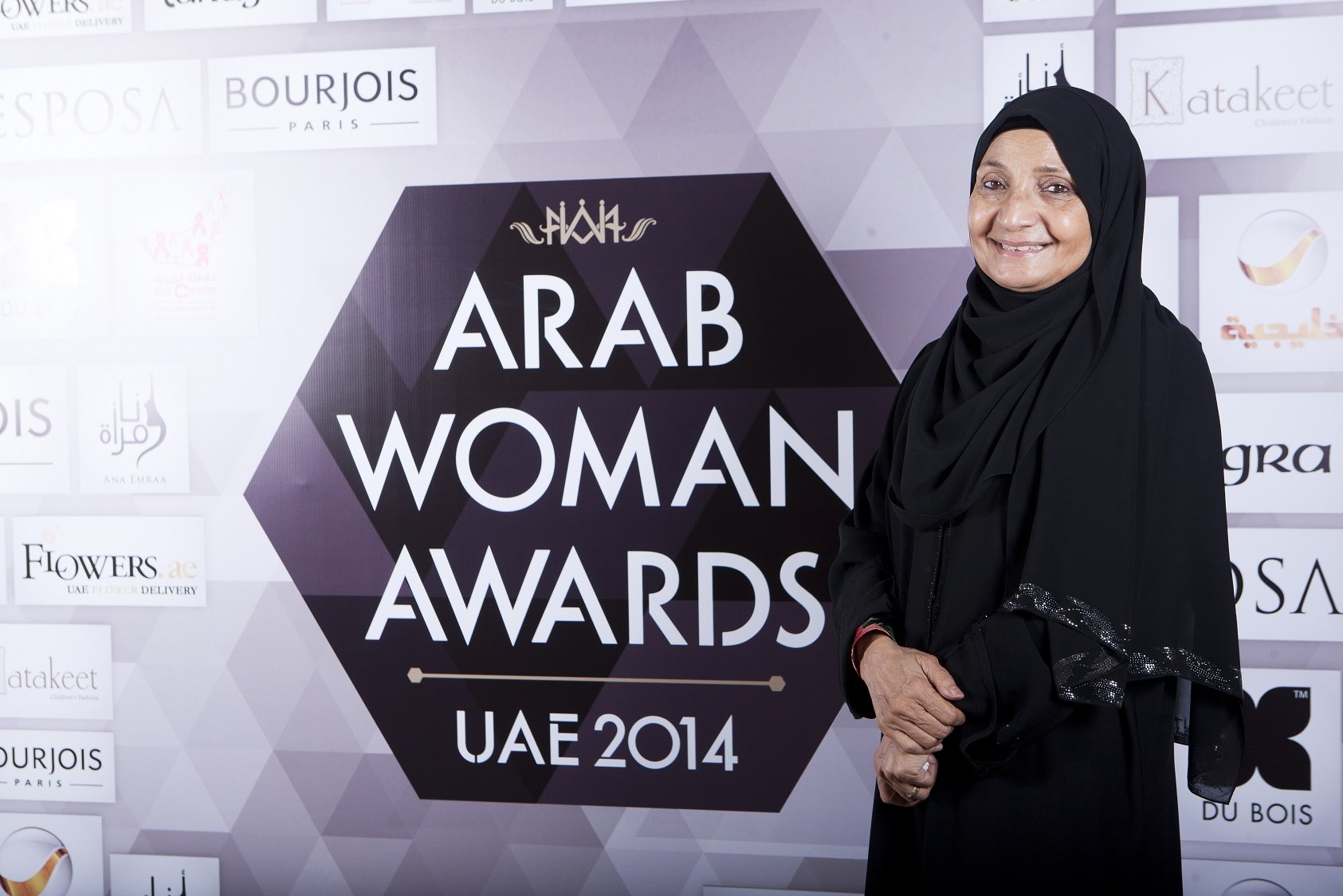 Sheikha Bodour Al Qasimi recognized for her contributions to education and Dr. Sheikha Al Maskari awarded Businesswoman of the year. Under the Patronage of HE Sheikh Nahayan bin Mubarak Al Nahayan; United Arab Emirates Minister of Culture, Youth, and Social Development, sixteen inspirational women were celebrated at a glittering gala dinner at the Arab Woman Awards UAE 2014 held at the St Regis Hotel, Saadiyat Island. Over 400 female VIP guests, and members of the royal family have also attended the red carpet event.

In her statement after winning Arab Woman Award UAE 2014, Education Category, Sheikha Bodour bint Sultan Al Qasimi, Founder and CEO of Kalimat Group, expressed her pride of the local and international achievements made by the UAE women in various fields. She said:

“The achievements made by women in the UAE have been supported and in many ways made possible by the commitment of the leadership of the UAE to enable and develop women, based on their firm belief that women are half of society and one pillar of development and success in this nation”.

Sheikha Bodour Al Qasimi thanked the organizers of the award for bestowing this recognition upon her, particularly in educational category on behalf of Kalimat Group. She stressed that Kalimat Group has been eager since its inception to play an instrumental role in developing the culture and mind-set of Arab children, to contribute to inspiring our children to be proud of their Arabic language, and to ensure they will take part in creating a bright future for their nations.

Established in 2009 by ITP Publishing, the Arab Woman Awards recognise successful women across a diversity of fields that include business, education, entrepreneurship, charity, media, government, literature and several others. The Arab Woman Awards run annually in the United Arab Emirates, Qatar, Kuwait, KSA and will be launching in Bahrain in 2015.

The ceremony was presented by Arab public speaking champion Shurooq Al Banna, who scored a podium place at the 2013 Toastmasters World Championship. A full list of winners from the night is included below:

15       Inspirational Woman of the Year – HE Sheikha Lubna Al Qasimi

“I am honoured to be in the company of so many female heroes and role models from the UAE. These Awards will help raise awareness of the tireless progress women are making, and will hopefully inspire youngsters to follow suit in positively contributing to society,”
said Atheer Bin Shaker, winner of the Young Talent Award.

“I was one of the winners of these awards in 2010, it was a great recognition and a mile stone that I am proud of, I wish this award breeds a generation of successful Arab women and Role models in the GCC”
Her Excellency Eng. Fatima Obeid Al-Jaber, Chairman of the Executive Council of Abu Dhabi Business Women Council said.