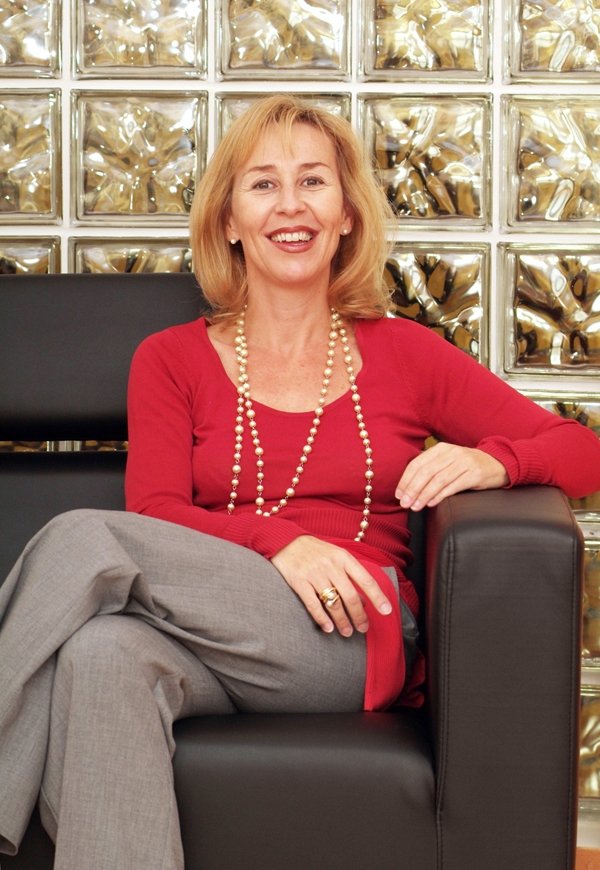 If language is a passport, how far do you want to go?
KM takes a look at how languages are colouring our lives and boosting our brains.

Friday morning, 10am. The streets of the UAE might be relatively quiet, but Dubai International airport certainly isn’t. Crowned recently as the world’s number one in terms of size and passenger numbers, the Departure Lounge in this Gulf airport really pulls in the crowds; Europeans, Emiratis and other Arabs, Americans, Antipodeans – the perfect microcosm of the 21st Century’s comprehensively international society. The air is abuzz with Arabic, Urdu, English, French, and Mandarin, among other voices, all spoken by men, women and children who understand how different nationalities, cultures and education shape the city they live in.

Recent years have witnessed an explosive growth in the number of people choosing to travel, work and live abroad. Now more than ever, we are tuned into the idea of children growing up with a second, third or fourth language. Not only will this be key to successful relationships, both business and social, but also research is increasingly showing that brains of people who know two or more languages function differently from those who know just one – and those differences are all for the better.

A report published last year in Time magazine highlighted how learning a second language can produce a nimbler mind, “Multilingual people, studies show, are better at reasoning, at multitasking, at grasping and reconciling conflicting ideas.” The report highlights that a bilingual brain is not necessarily a smarter brain, but it is proving to be a more flexible, more efficient one due to the constant switching that comes from having to choose between two words for every object.

“Multilinguals work faster and expend less energy doing so and as they age, they retain their cognitive faculties longer, delaying the onset of dementia and even full blown Alzheimer’s disease.” (Time magazine, July 29, 2013).

The key, however, is when it comes to language, there is no such thing as starting too early. Cell-to-cell connections, or synapsis, grow explosively in the brain after birth; newborns can recognise their native language and distinguish it from others. If the mother is bilingual, they recognise both languages. But as early as toddlerhood, synaptic pruning begins. Experts the world over agree that early childhood is the most influential time in a person’s formative life. What children learn from the age of zero to seven becomes the building blocks for all their future learning.
Pioneering educators and progressive schools across the world are now recognising that they need to introduce languages earlier because of the way young children learn and process information. One such educator is Birgit A. Ertl, Director of unique multilingual pre-schools, The Children’s Garden (TCG) in Dubai. A passionate advocate of the advantages of immersing children in multilingual environments from their earliest years, she explains:

“With the right support, most children can easily learn three languages simultaneously and some can even manage up to seven. The trick is to make languages a priority right from the outset.”

Having lived and taught for over 20 years in various parts of the world, Ertl has a considerable bank of experience to support her theory.  “Children are born ready to become multilingual. It’s the environment that dictates the success of language acquisition. At TCG we do various things differently.  Firstly, it’s an immersion language programme so from the age of three, the languages of instruction are English/French, English/Arabic or English/German. Fifty per cent of the time, the child will be taught in English, and the other 50 per cent in either French, German or Arabic. Secondly, everything we do, from our emphasis on languages and creativity to our tailor-made music and movement programme supports the different stages of a young child’s brain development. For the best results, everything you do has to be age-appropriate.”

Childhood should be a journey not a race 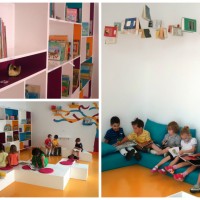 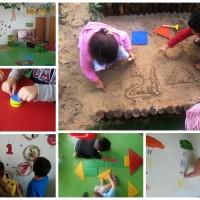 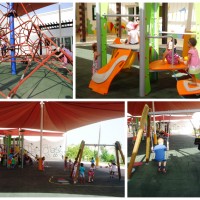 Out to Play at TCG 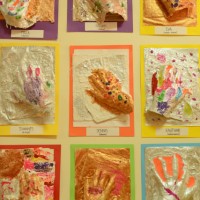 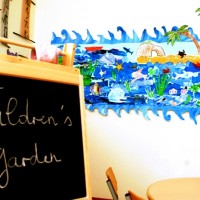 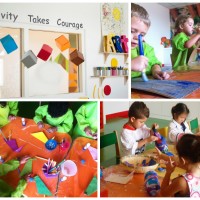 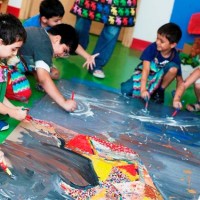 For youngsters, ‘age-appropriate’ means being emotionally engaged in what they’re doing – i.e. learning through having fun. Ertl embraces this notion: “A child’s brain is like a sponge, ready and eager to absorb everything you feed it. During the first few years of life, children learn unconsciously, in the most natural way, largely through play. The learning process is uninhibited and instinctive. Properly supported, young children pick up language quickly and subconsciously; they aren’t afraid of making mistakes.
Soon to celebrate their tenth anniversary in Dubai, TCG’s 21st Century approach has a large and growing band of supporters. Ertl is aware of what forward thinking parents are looking for and what the next generation of education should deliver.  “Pre-schools need to concentrate on more than just ABC and one, two, three – as a child will learn this anyway. My mantra has always been “Childhood should be a journey, not a race.” The emphasis should be more on the preparation of life skills and that includes language. If you are multilingual, this takes you places – you have totally different opportunities. Linguists will have a lot more understanding, tolerance, flexibility and creativity. And from that, everything else flows.” Ertl Birgit Ertl is Founder and Director of The Children’s Garden, Dubai plus the Founder of The International Curriculum for Languages and the Creative Arts (ICLCA). Born in Austria, Birgit has lived in several countries and taught at some of the most progressive international schools around the world. She was a founding member of the United Nations International School of Bangkok where she led the Early Childhood Department; at the Bavarian International School in Munich, Birgit successfully implemented a bilingual Early Childhood programme in German and English; at the German Swiss International School of Hong Kong, Birgit was the driving force behind the creation of a strong relationship between the English and German/Swiss streams. Amongst her many degrees, Birgit holds a PCGE in International School Education from Oxford Brookes University, UK, as well as a Kindergartenpaedagogic diploma from Austria.

10 years ago TCG was founded in Dubai

3 branches of TCG are established

38 different nationalities of students at TCG Green Community 3 languages of instruction are available, either: English/Arabic, English/French or English/German 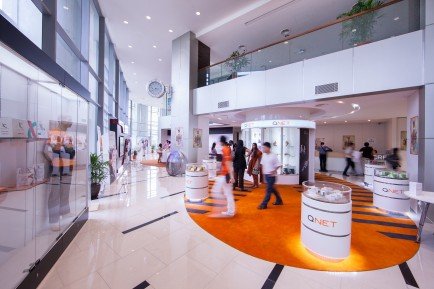 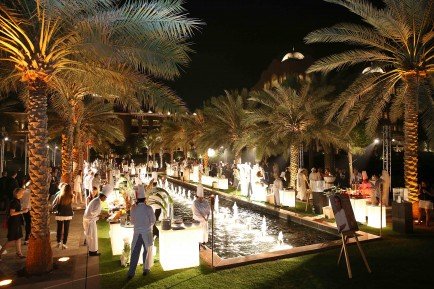 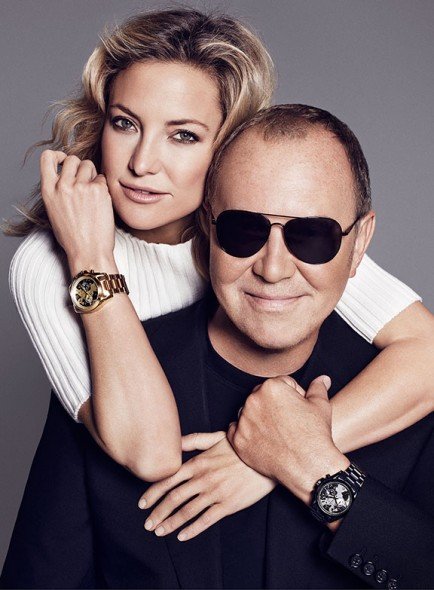 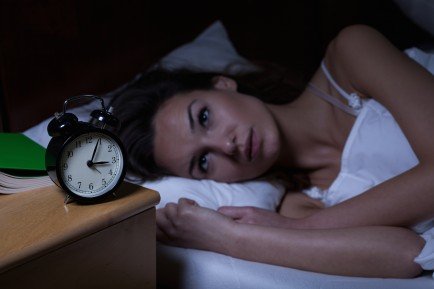 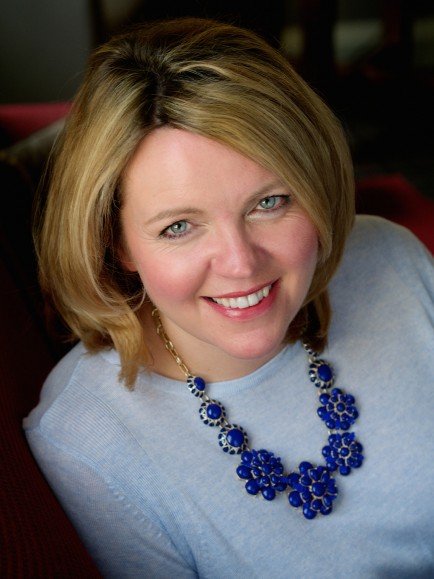 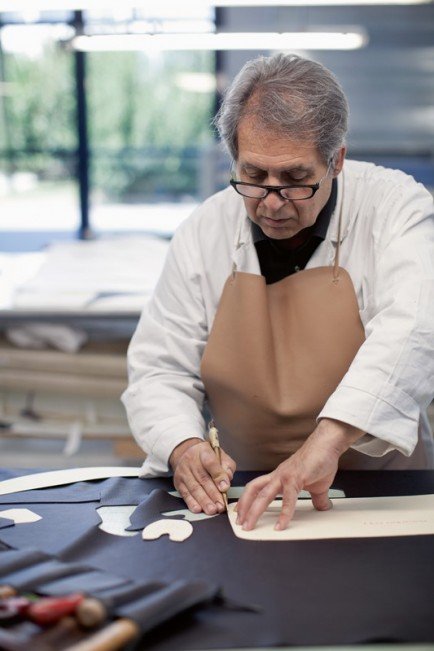