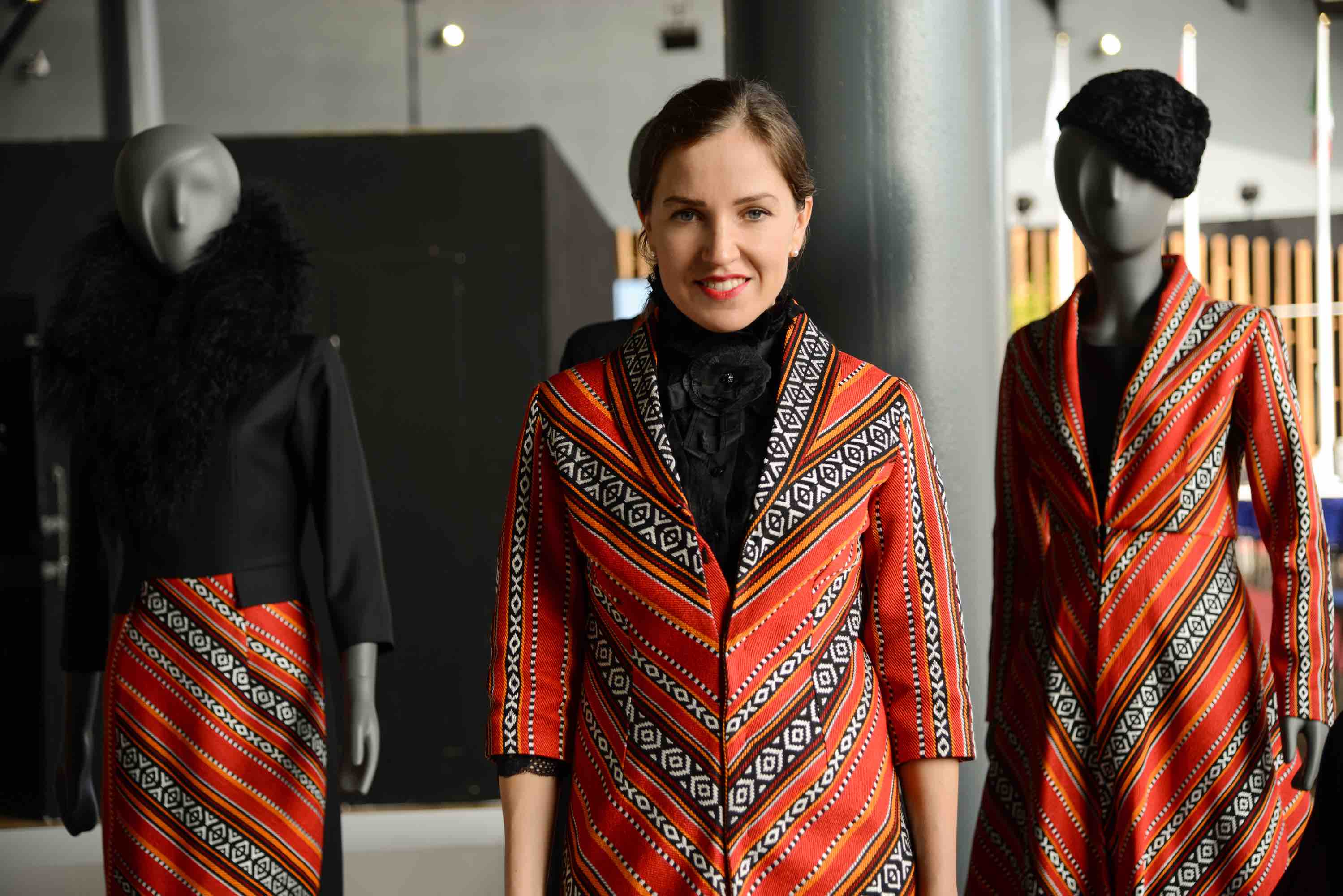 As part of every World Expo that happened in October, each participating nation was allocated a day to celebrate and showcase their country’s culture and heritage.

Expo Milano 2015 had been dedicated to the United Arab Emirates, the successor of Expo Milano with Expo 2020 Dubai. To mark this special occasion, the day had been dedicated to the juxtaposition of the country’s heritage and its modern interpretation, and Katya Kovtunovich, a Dubai-based fashion designer was been invited by Expo 2020 to showcase her work as part of the celebrations in Milan.

Known to be the first designer to introduce the modern take on the traditional Arabic fabric, Katya’s Collection is inspired by the authentic beauty of Sadou, a material widely used in the UAE for upholstery.

Created with the aim to take the Bedouin heritage into the 21st century, Katya comments on her collection, “I break boundaries of the conventional use of Sadou, re-thinking its traditional role and giving it the central stage and limelight as a fully functional high fashion fabric. I love seeing new potential in people, places and fabrics.” “It’s natural for me to see the beauty in the unseen – the Bedouin is juxtaposed with the Aristocratic, the Desert with the City life: rough with refined, heritage with modern.  Cultures, places and opposite ethnic references are all mixed up creating a new synergy and new reality.”, she says.

A unique collection from a Russian-born designer, using traditional Arabic fabric, working in Dubai and creating modern clothes that appeal to women worldwide – is in itself a representation of what Dubai is all about – a global mix of cultures, visions and experiences that connects minds and creates a future. 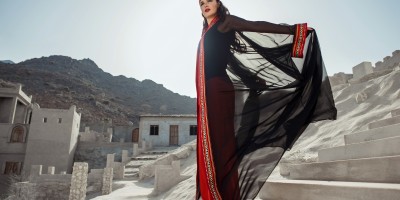 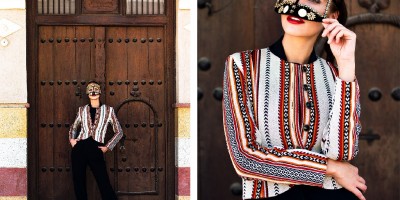 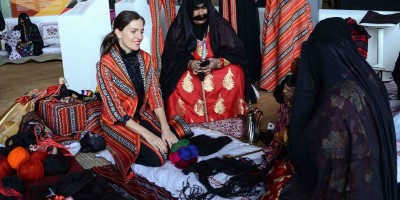 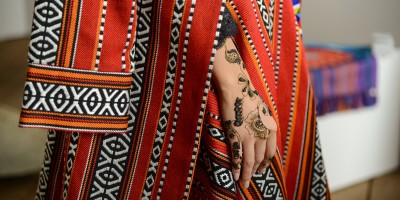 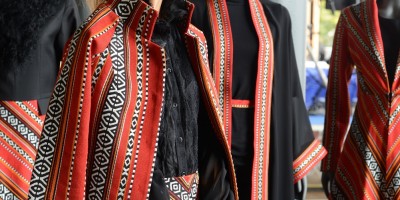 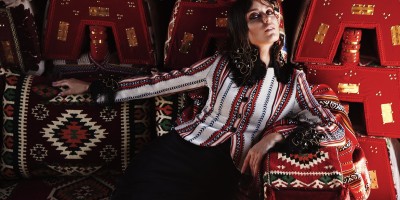 Katya began her career as an intern at British Vogue and quickly worked her way up to being a fashion journalist for Vogue Russia, Elle and L’Officiel Russia. She spent 4 years travelling to international Fashion Weeks, writing analytical articles and interviewing most renowned designers and personalities, having earned herself a status of an international Fashion Expert before setting up her own business.

Katya started sewing for her Barbie doll at the age of 7, compiling an impressive hand made collection, that included bridal gowns, sportswear, leather shoes and bags. Later she continued creating clothes for herself, constantly receiving compliments for her designs even from people in the street, who insisted she became a fashion designer. Born on the Russian island of Sakhalin, near Japan, and graduated from St. Petersburg State University in Linguistics, Katya speaks 5 languages and is a self-made businesswoman and entrepreneur.

More Information:
For more On Katya and her designer collection, contact Jose Joaquin on 0528761168.