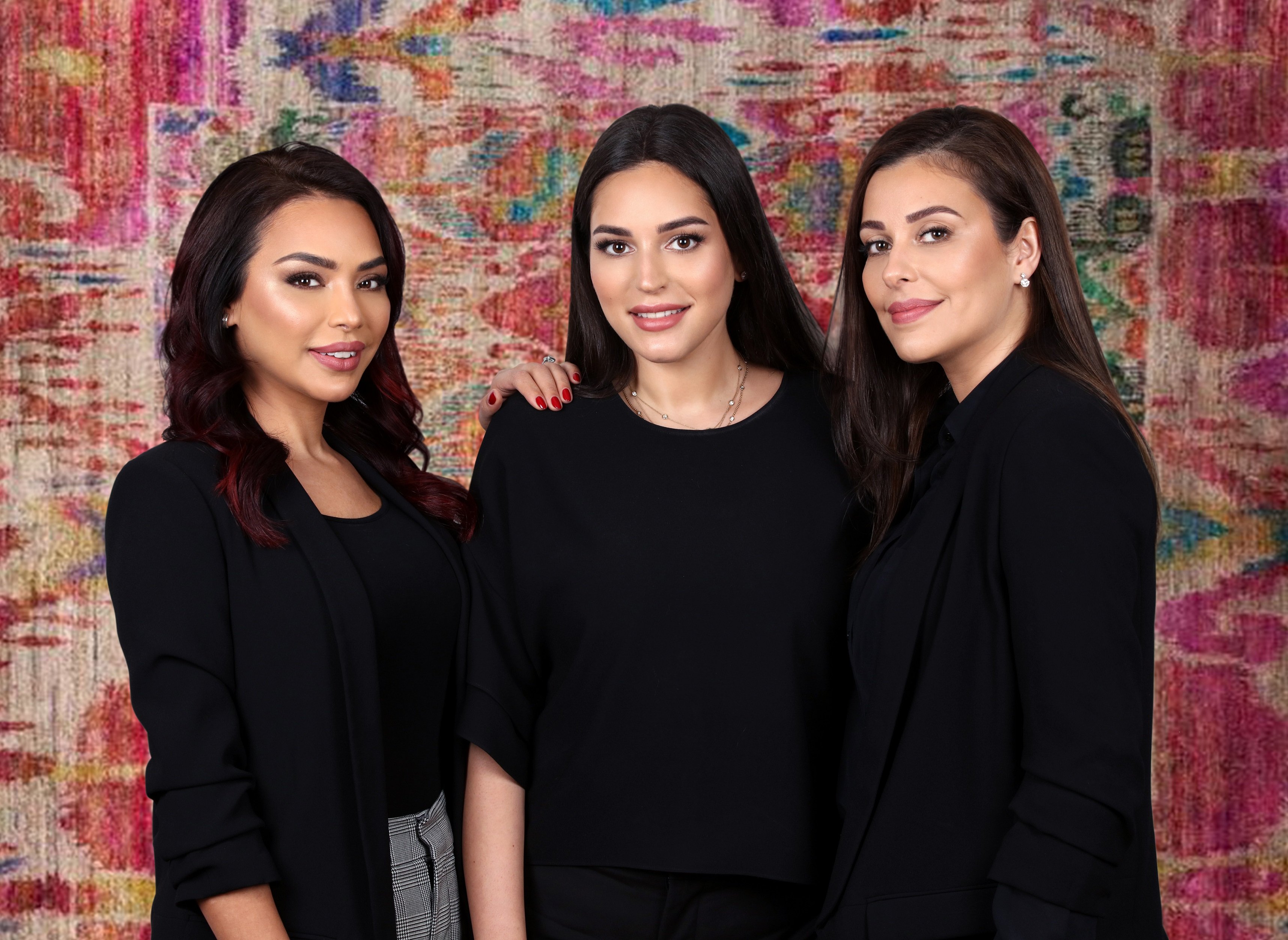 Getting To Know The Founders Of Dubai Based Afghan Gourmet, Kishmish…

Kishmish, Dubai’s first gourmet Afghan street and soul food restaurant, first opened its doors to Dubai’s Dar Al Wasl mall in February. The authentic Afghan eatery tells the tale of three patriotic Afghan women with a shared love for food, nostalgia for home, and a mutual dream: to share the riches and comforts of Afghan food with the world.

Iman, Fatima and Homaira, the founders, have been family friends for generations, whilst they grew up outside of their native land, each of them holds an innate appreciation for their history, rich culture and, of course, their native tongues. Having grown up learning of their culture over traditional Afghan meals, the trio found a unique bond between the cuisine and the celebration of their native cultures. Kishmish is the actualization of their dream, to bring the sights, sound and flavours of the bustling Kabul streets to the world – providing their patrons with an education through gastronomical experiences.

How would Kishmish revive the Pre-Soviet Afghan identity through food?

Afghanistan pre-soviet was a tourist destination for people from all over the world. At Kishmish, we want to share with the world the more positive side of Afghanistan and what its people remembered it as – the great food, the welcoming hospitality, the talents and rich culture of Afghanistan. We have so many Afghan touches at Kishmish and we want everyone to feel that when they walk in.

It was the time of peace and people used to go to Afghanistan for holidays. Afghans are known to be very hospitable people and people open their doors to strangers.

You ladies have a fantastic background and roots in Afghanistan. What are your personal favourite Afghan dishes and what would you recommend our readers to try when coming to the restaurant?

Fatima: My favorite is the Aushak and the eggplant layered with tomatoes. Our kebabs are mouth watering!

Iman: My favorite is kitchree quroot and I would recommend our kebabs to guests.

Homaira: I love mantu and I would recommend kitchree quroot for our guests because it is a unique dish.

Besides marking the identity of Afghanistan through its rich culinary tradition inspired by Hellenic Greeks, Ummayad Arabs, Central Asians and the Mauryans in the UAE, how else would you ladies want to instil the knowledge of Afghan culture to the local community?

When our guests walk in, we want them to leave not just with taste of Afghanistan but some kind of knowledge about it too. We try to talk to our customers not just about the food but which part of Afghanistan the dish is from etc. In the future, we would love to do cooking workshops and hopefully a recipe book too!

After the Soviet war, then the American intervention and massive political upheavals in the country, what makes Afghanistan special to each one of you personally after all these years? Can you share some stories?

Fatima: for me, growing up, Afghanistan was always so close to my heart. Coming from a very patriotic family where Afghan traditions played such an important role in our everyday upbringing, I was constantly reminded about my background and my culture by my family –stories of the times when my parents were living there instilled an image of a country where the people were resilient and welcoming, where the land was full of natural resources and the culture was rich – Afghanistan turned out to be exactly that and more. Personally, my fondest memories of Afghanistan are when I used to visit Badakhshan (the province where my parents are from) and I was pleasantly surprised at how beautiful my country is – even amongst the ruins,  the greenery, the rivers and the warm welcoming nature of our people and oh, the mouthwatering food! It really doesn’t matter how long I have lived abroad, when I visit Afghanistan, it feels just like home.

Homaira: Being exiled in London since I was baby, I grew up hearing such wonderful stories of our Afghanistan despite what was going on in our war torn nation. Afghanistan just became a part of me. Funnily enough, the first time I went to Afghanistan was with my children. Boarding the flight towards kabul I had butterflies in my stomach I felt I was about to meet a part of me that was missing. On that first trip my mother took me to her little house in Paghman, 20 minutes out of Kabul up the mountains. When I walked into her breathtaking garden and looked at the outstanding surrounding view with my children I knew I belonged.

Iman: I was born and raised in London but it never felt that way, when my family left Afghanistan they brought as much of it as they could with them. I was raised by my parents, grandparents and a lady who was to be my nanny, from the village I came from. My bedtime stories were always about Afghanistan, in turn leading me to dream mostly of the land I had never seen. The first time I went to Afghanistan was at the age of 12, we landed in Kabul, it was the strangest feeling, cold and war torn but when my feet touched the ground for the first time, I had a sense of comfort and belonging, its like my soul had been there before and in my heart I knew I was home. We drove 7 hours, through Kabul and down the mountain, it was so scenic but scary at the same time. We reached Jalalabad, the village where we come from and it was breathtaking, surrounded by the snow-covered mountains on one side and the terra-cotta coloured mountains on the other, one felt they were in a cocoon and nothing could come near. In Kabul it was snowing but here it was sunny, the air was clean and smelt of orange blossom, there were palm trees and rose gardens, natural springs and miles of green. I could have stayed in that moment forever, it was the most peaceful I had ever felt, which is a strange feeling to have in a war-torn country.

What would regular Afghan cuisine lovers expect from Kishmish other than the staple raisin pulao, the lamb chops, herb lentil soups etc.? And how do you intend to make Kishmish different from any other culinary experience?

Kishmish is a very authentic Afghan restaurant. Afghan restaurants in UAE are influenced by our neighbouring countries. At Kishmish, we have dishes, which you can’t find in other Afghan restaurants e.g. the Kitchree Quroot. We have tried to bring dishes from different provinces to introduce the vast cuisine Afghanistan has to offer.

We also try to supply most of our ingredients from Afghan suppliers so we keep the pure Afghan flavours while supporting our people as well.

What makes Afghan food so special to each one of you and why?

For us, Afghan food was our family’s way of keeping our culture alive while growing up abroad. Considering we were all displaced, the food was the one thing, which no one could take away from us – at home, we celebrated Afghanistan by making the most traditional dishes which we loved sharing with our non-Afghan guests as well.

What are your next goals after this restaurant sails off to a good start? Any advice for budding entrepreneurs?

We want Kishmish to be a global brand and would love to open a few branches in the region before moving to Europe.

Advice – I know this may sound cliché but “Follow your passion and don’t give up” – persistence is the key to success.