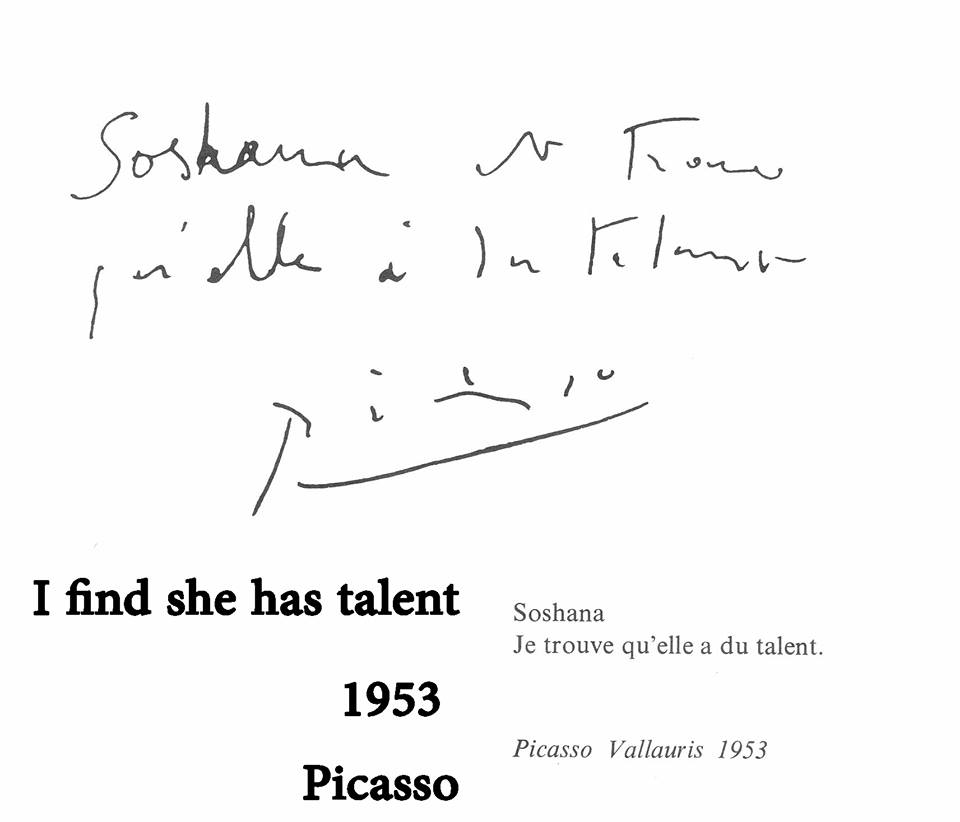 Soshana Unforgettable was the name chosen for Austrian artist Soshana’s second exhibition at Art Couture gallery in Dubai as she remains truly unforgettable both as a person and an artist.

This exhibition is kindly sponsored by the Austria Business Center & the Austrian Embassy for the second time, as together, we are  proud to promote one of Austria’s Internationally known and respected artists- Soshana.

The exhibition was opened by the Austrian Ambassador to Abu Dhabi –   H.E. Mr. Peter Elsner-Mackay who gave us a wonderful introduction to Soshana. We also had visiting from Vienna, Soshana’s son Amos who gave us some insights on his mother and her life as an artist.

The exhibition was well attended by guests from the Austria Business Center, guests of the Austrian Embassy and patrons of the art.  There was great interest in observing the changing art of Soshana through the years.

When Art Couture and Amos were in the planning stages of this exhibition Soshana was still with us but sadly she passed away in December of 2015. Soshana spent her life travelling, searching & painting. Influences from her travels and life experiences are reflected in her works.

She lived and worked among the artistic and intellectual avant-garde in Paris & New York and had encounters and relationships with central figures of her time like Pablo Picasso, Alberto Giacometti to name a few.

Up to 1948, Soshana’s art remained rooted in Social Realism. Later her style changed to abstract art strongly influenced by Asian Calligraphy. Although she devoted a big part of her work to abstract art, Soshana never really gave up representational art and you will often see a lonely figure or dark silhouette in her works a reflection of her life experiences and loneliness.