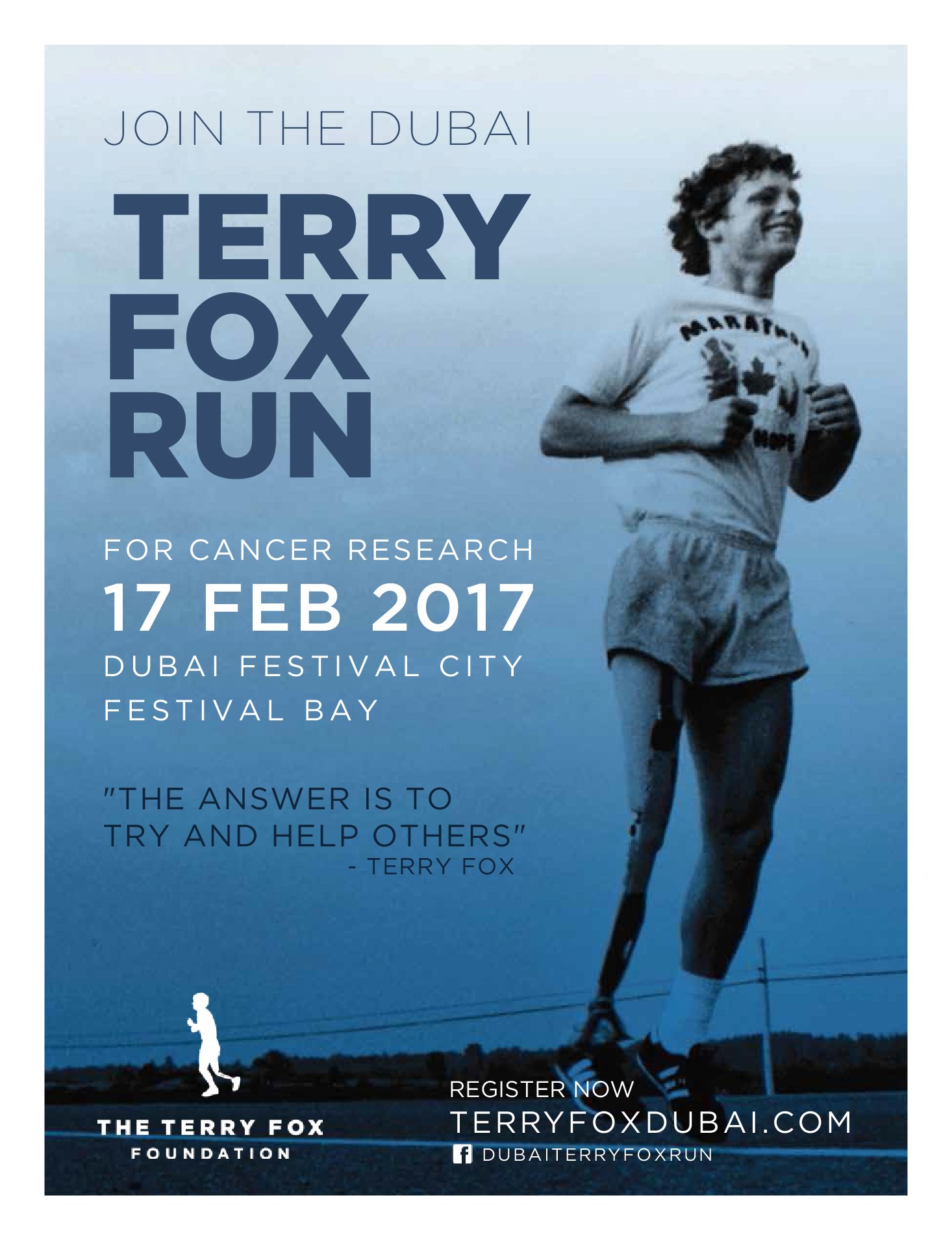 The Terry Fox Run has announced its imminent return to Dubai this year due to popular demand – the last run having taken place in 2013. Held under the Patronage of His Highness Sheikh Ahmed bin Saeed Al Maktoum, the 5km charity run in conjunction with the Terry Fox Foundation, will take place on 17 February at Dubai Festival City.

Thousands of participants are expected to run at the non-competitive event which aims to support cancer research projects in the UAE. It is an all-inclusive, all-age family event allowing participants to run, walk, bike, roller blade or use a wheelchair around the 5km route.

Event participants may provide a donation of any value, as there is no minimum registration fee to take part.

Steven Cleaver, Director Shopping Centres, Al-Futtaim Group Real Estate expressed his excitement in hosting the Terry Fox Run, “We have worked closely with the Terry Fox Foundation to create a fun 5km route around Festival City and look forward to supporting this great cause”.

Daniel Murphy, Chair of the organizing committee in Dubai, commented, “We are delighted to have the Terry Fox Run return to Dubai and are honoured to work with the Al Maktoum Foundation to support cancer research projects in the UAE”.

The Al Maktoum foundation is a UAE sponsored organisation whose values reflect the nation’s long commitment to supporting those in need, providing aid and pioneering research for charity and educational work.

The first Dubai Terry Fox Run (DTFR) held in the UAE in 1994 was organized by a volunteer committee and remains organized by volunteers who operate with no monetary budget.

Registration Details
• Registration can be completed online at TerryFoxDubai.com or on-site from 8am on Friday February 17, 2017.
• Participants are encouraged to register in advance of the run date, and to make a donation and purchase a Dubai Run T-shirt when registering. T-shirt collection is available on the 10th, 11th and 16th February in Dubai Festival City.
• The 5km run begins 9am, at Festival Bay, Dubai Festival City. Entertainment and snacks will be served after the run has concluded. The Terry Fox Legacy and History
Originating in Canada, The Terry Fox Run is named in honour of Terry Fox, a Canadian who was diagnosed with cancer at the age of eighteen. Overcome by the suffering of fellow cancer sufferers around him, Terry Fox attempted to run across Canada raising money to fund cancer research in hope that a cure would one day be found. His epic journey became known as the Marathon of Hope.

Unable to complete the run due to his condition, Terry lost his battle with cancer at 22, leaving behind a legacy that would resonate worldwide. To keep his memory alive, Terry Fox Runs are organized in cities across the world including Dubai, Abu Dhabi and Ras Al Khaimah. To date, over $650 million has been raised internationally as a result of the annually organized runs. All proceeds raised are retained in their host country and go to recognized research institutions approved by the Terry Fox Foundation as advised by The Terry Fox Research Institute. 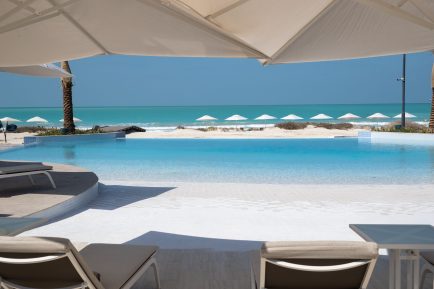