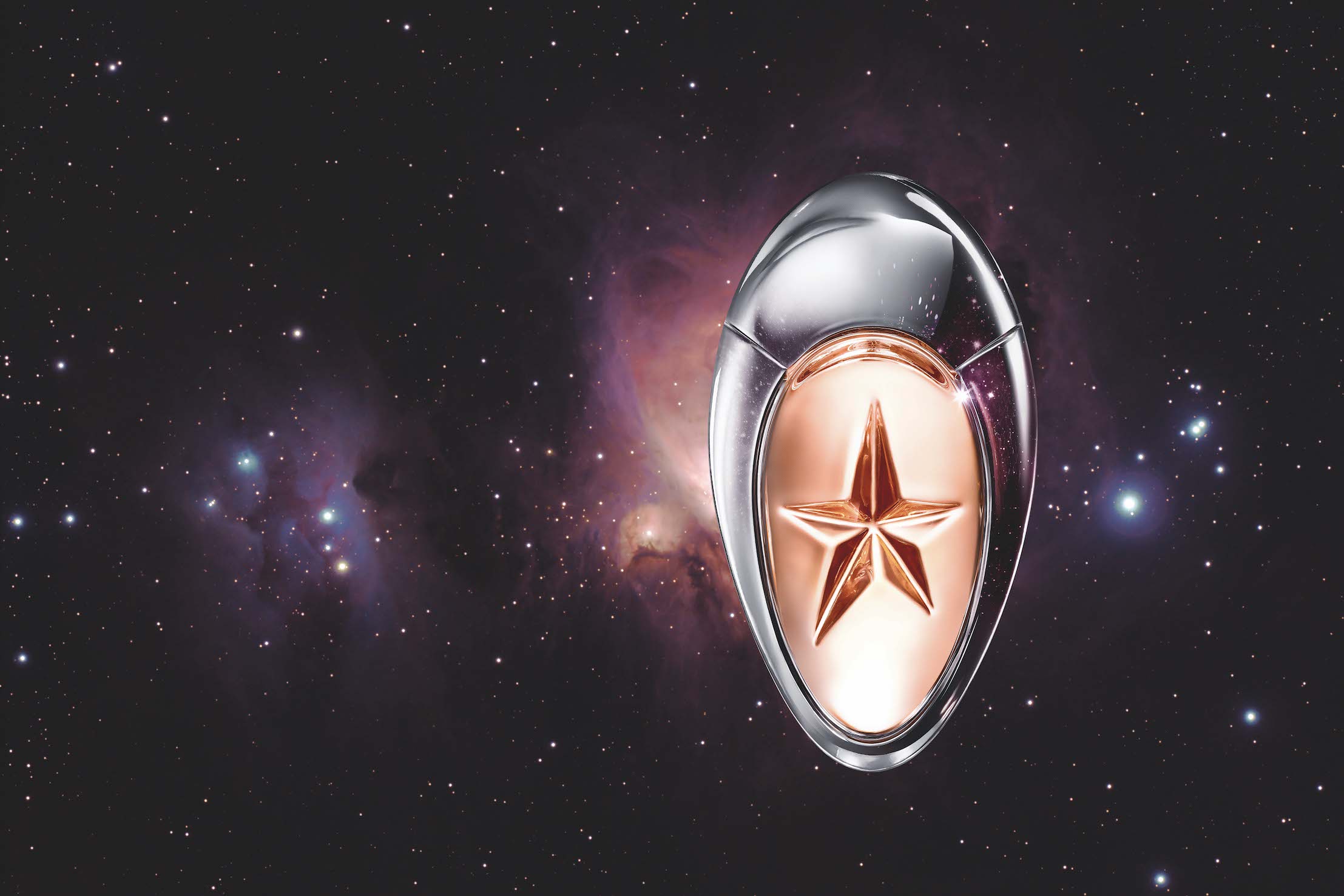 A shock wave is shaking up the Angel galaxy

Its fragrant gourmandise is as yet unknown: pure, luminous, subtle; perfectly balanced. It holds an inexorable attraction and triggers an irresistible olfactory addiction.

A gourmand extrovert from the very start: In 1992, Angel opened up an uncharted field of possibilities for the perfumer… Just like a new range on the musician’s stave, unprecedented shades on the painter’s palette. It exploded the potential of perfumery, offering it endless gourmandise.

Angel, the opulence of delight and pleasure. A wave of regressive notes, overflowing with generosity. To describe the gourmand tidal wave created, addicts would then mention praline, vanilla, red berry jam… along with cotton candy and caramelized candy apple, all reminiscent of childhood scents.

Angel, the star that continues to inspire dreams.

Since Angel, countless creations have followed the successful path of gourmandise, dripping with fruit, caramel, licorice and a plethora of other candies… sometimes with a “sticky” feel.

Angel MUSE is here to renew the style of the gourmand genre. Its obvious gourmand accord has been reworked to be more luminous without ever being overly sweet. It gradually unfolds before delivering its irresistibly elegant, subtle and luminous delights, stimulating our “olfactory appetite.”

Angel MUSE was born of an explosive hazelnut cream and vetiver duo. A never -before experienced, polarizing scent that leaves no one indifferent: pure MUGLER.

And the family of gourmands is expanding and being enriched with the first “gourmand vetiver” for women. A perfect balance between:

• Gourmandise of a new kind: subtle, soft, smooth, yet dangerously irresistible… an overdose of hazelnut cream. Attractive and appetizing.

• Magnetism borrowed from masculine perfumery: vetiver*, often presented as one of the finest woody notes in the perfumer’s palette. A sensuality and a distinctive vibration that are highly appealing on the skin. An elegance and character that transcend time and fashion… A new spin on vetiver, which is now being used in a fragrance for women.

Angel MUSE is a gourmand and addictive eau de parfum: it can leave us so hooked that we almost wish we had never discovered it… #AngelAddiction

A creation by Quentin Bisch for Givaudan.
What excited me about this project?

Having to meet the challenge of inventing the Angel of today; looking to recreate an olfactory shock, a punch, just like Angel delivered in 1992… I had to understand and come to grips with it, without letting myself become too intimidated by this legend, this “masterpiece.”

Over and above the creative aspect, it also involved stimulating encounters, a sense of sharing and a total connection with the Mugler team, a self-evidence, an incredible motivation concerning this project, which went beyond merely creating a formula.

How would I describe Angel MUSE? Bright, delicious and elegant, with enchanting opulence… with volume. When I smell it worn, it feels like a cloud that overwhelms me, catches hold of me. It’s a delight, a truly ultra-feminine and addictive fragrance.Quentin Bisch, Givaudan perfumer

There is not a shadow of an angular facet on the horizon of the cosmos… Angel MUSE breaks away from Angel’s regular creative codes with a new design: a cosmic pebble bottle, as if polished, sensual, ergonomic, with perfectly smooth curves: the new star in the Angel cosmos.

It is formed by an elliptical silver metal ring reminiscent of the organic dimension, details (including metal, a signature detail of the MUGLER look) and streamlined lines of the fashion style designed by David Koma over the past two years.

No blue, but a soft, amber pink shade… the evocation of a “surface of Mars” color: it echoes both the subtle gourmandise of Angel MUSE and the sensuality of the skin that wears the perfume, the alchemy between fragrance and skin.

The crystal heart that holds the fragrance discreetly bears the imprint of a star.

Vision of a dream cosmos

A cosmos haloed in rosy light, with the twinkling of a thousand stars. Among them, a planet, brighter than all the others, the first to light up the night with its fiery power: Venus. Or, in the Mugler galaxy: Georgia May Jagger.

Fascinating, following the dazzling trajectory of a rising star in the world of fashion and beauty, Georgia May Jagger has lent her glam rock figure and luscious pout to the Angel line for the past year. A secret passed down from mother to daughter… from Jerry Hall to Georgia May Jagger today.

In this visual, Georgia May Jagger surrenders, among the stars, to her addiction. Before she seizes the bottle to hold it against her, a host of galactic ellipses or “magic circles” form around her by gravitation of the cosmic pebble, like a whirlwind that envelops her – a metaphor of abandonment and addiction – as if there were no possible escape from this fragrant nirvana…

This visual evokes the promise of an inner pleasure that you can no longer live without: Angel MUSE invites women to shamelessly surrender to their fragrance.

Just like the unprecedented portrait of Georgia May Jagger dressed in Mugler, this supernatural cosmos has been created by Sølve Sundsbø; the Norwegian director and photographer has incorporated the creation of a “dream cosmos” using decidedly real materials in his artistic approach.

Exhilarating and inspiring, the Muse fascinates and guides us toward new expressions. She casts a spell, exerts a magnetism, a power of attraction… that can even make you lose your head. Hence the name chosen for this new fragrance.

Between cosmic explosion and magnetic attraction, Angel MUSE spreads a new gourmandise. Angel MUSE, the new fragrance you will hate to love. #HateToLove 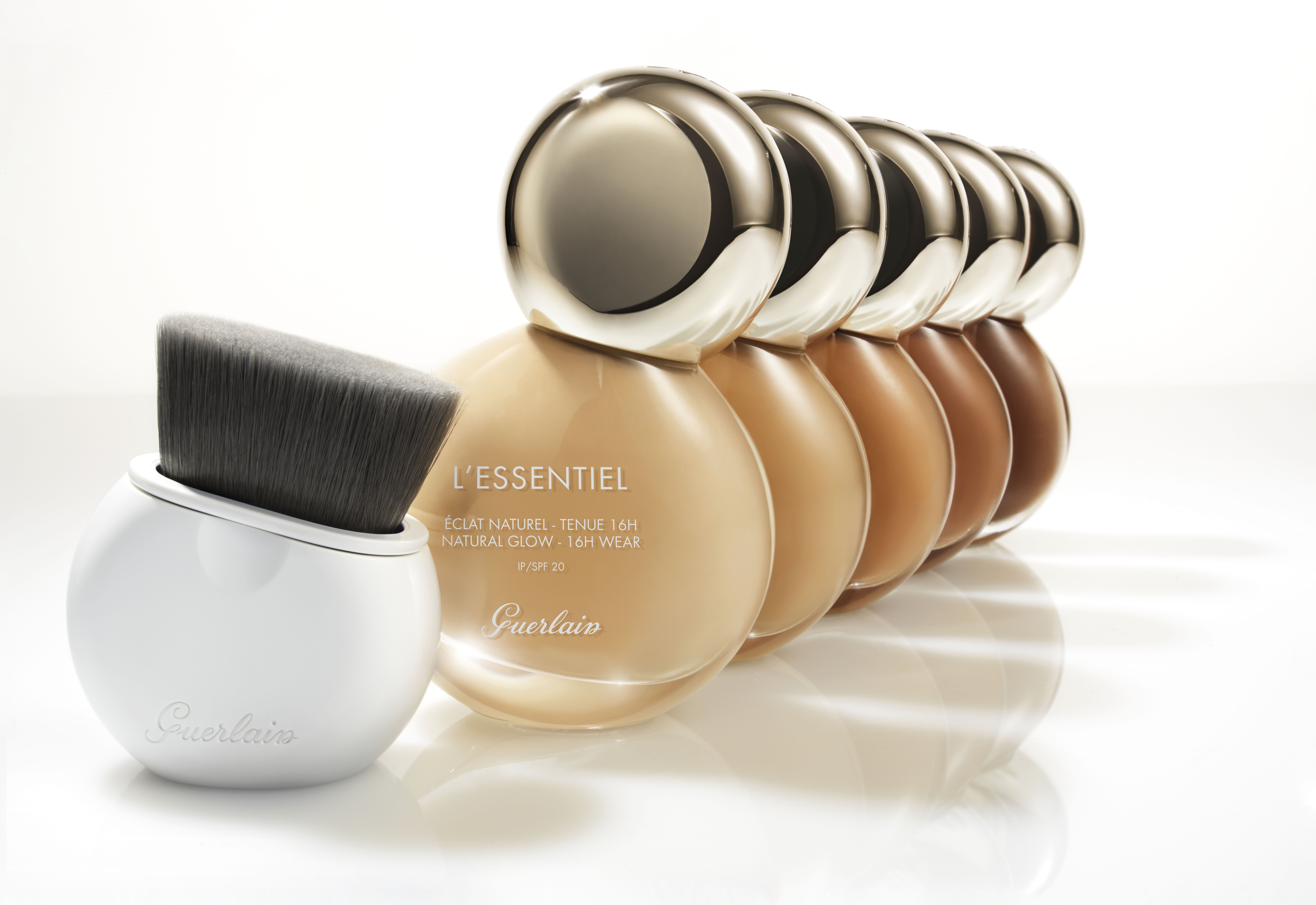 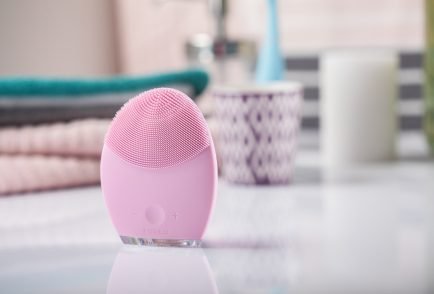 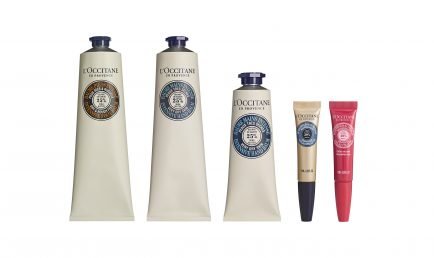 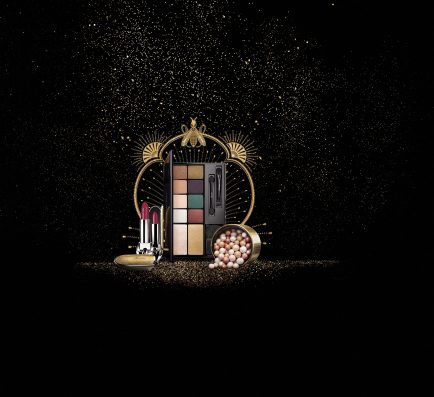